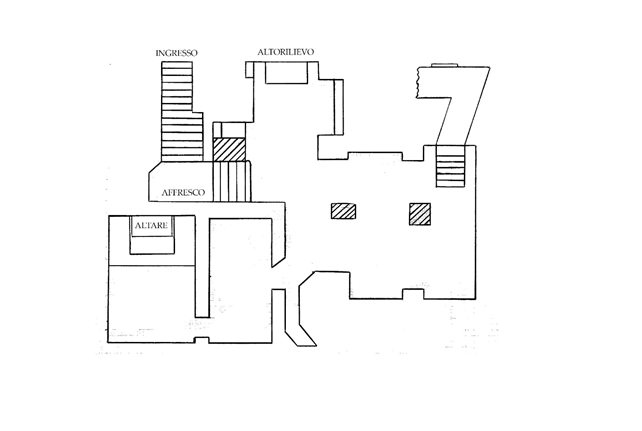 The crypt, or sacellum infimum, is the only surviving part of the ancient church constructed at the place where Saint Agnes was martyred. Access is by a stairway to the right of the altar of the Chapel of Saint Agnes, which is itself designed by Borromini. Since at least the 7th century, the crypt has been venerated as the site where the young Agnes was killed.

The crypt was developed from three ruined halls of the stadium of Emperor Domitian (inaugurated 86 AD), the floor of which corresponds to the modern Piazza Navona. Borromini carried out the first restoration of the crypt in 1653, as part of the project for construction of the new church of Saint Agnes. Borromini realised that that humidity and moisture were the sources of ongoing problems, but was unable to fully resolve them.

Over the centuries the spaces were flooded many times, leading to further restorations in 1885.

The wall frescos dedicated to the life of the Saint are now almost completely ruined and illegible due to the moisture problems.